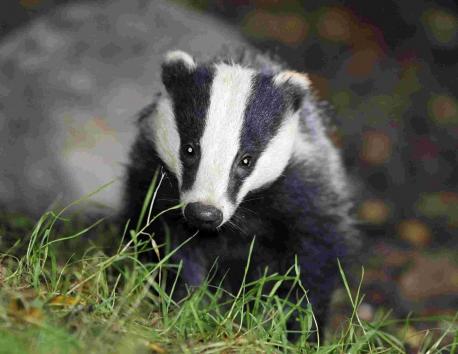 Dorset for Badger and Bovine Welfare are very disappointed to report that Natural England have today granted badger cull licences to Somerset, Gloucestershire and also Dorset this year.

You can read more at: www.gov.uk/government/publications/bovine-tb-authorisation-for-badger-culling-in-2015 and on the BBC news website at: www.bbc.co.uk/news/uk-england-34084352.

Dorset Wildlife Trust (DWT) have said that they too are “shocked and deeply saddened to learn the news that there will be a badger cull in Dorset this year, in a misguided attempt to control the spread of the devastating disease bovine tuberculosis (bTB).” Read their full response at: www.dorsetwildlifetrust.org.uk/dorset-badger-culls-confirmed.

The badger target for the slaughter in Dorset is a minimum of 615 / 835 maximum (15 badgers to be killed per day).

Culling badgers is not the answer. Not only has it been deemed completely inhumane, potentially it could make the problem worse as any badgers who do have TB may panic and flea cull zones, entering new otherwise TB free areas.

As Jay Tiernan and Lesley Docksey stated in their article earlier this week exposing the false claims of the Dorset NFU who applied for the licences (read the full article at: www.morningstaronline.co.uk/a-70b1-Badgering-for-unfair-culls), the badger cull shows:

“Total disregard for the scientific data and official statistics: at best, wild unsubstantiated claims; at worst, downright distortion; and all because blaming wildlife is easier than letting better farming practices, testing and cattle controls sort out the problem.”

Our interview with Radio 4 Farming Today was broadcast this morning (before this announcement was made) and is at 8.20 mins – listen here: www.bbc.co.uk/programmes/b0670033#play

The area has not yet been confirmed, but it could start any day.

We desperately need help this weekend with sett surveys and mapping and planning routes etc. This plea has gone out on our facebook pages, please help if you can: