We were advised by the police that they were standing down from cull duties on Monday 12 October and received confirmation from the Defra press office that the cull had finished in all three cull zones on Wednesday 14 October. Apparently the Dorset Cull start date was the Bank Holiday Monday 31 August, but we weren’t informed by the police until the Wednesday that the slaughter had begun. It is the Cull Company’s responsibility to inform the police of the start and end dates. Let’s just add ‘deception’ to the cull company’s ‘attributes’.

DAY AND EVENING BADGER PATROLS went out on Monday and Tuesday, the 12th and 13th, to check for any illegal post cull activity. These were the last cull related patrols for this season.

BIG BADGERY THANKS AND HUGS to everyone out there who has helped in whatever way they could to save badgers’ lives. 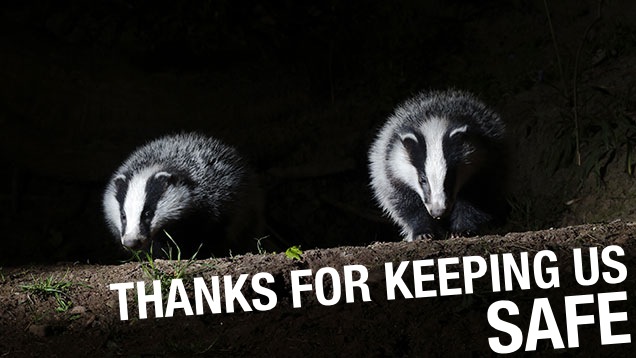 Our presence made a huge difference out there in the North Dorset Killing Fields.

To the patrollers day and night, we thank and salute you! You did a fantastic job, often under hostile conditions. Whilst the majority of patrols were peaceful and uneventful, some weren’t. Patrollers were driven at, blocked in, abused, harassed and subjected to intimidation from Paul Gould (the Cull Director) and his friends, who used fireworks and crow scarers to try and frighten them off. But did it work? No, of course not! Our patrollers are brave and determined, nothing stopped them on their mission to save badgers’ lives. There were lots of occasions when the shooters had to pack up and leave, simply because our patrols were present in the area. Often the patrollers were unaware that this had happened.

One ‘very pleasant’ employee of Gould’s cull company was issued with a ‘Section 59’ warning by the police for harassment – if he does it again within 12 months the police will seize his vehicle.

The Dorset Police Liaison officers followed up on all incidents reported to them by us and issued warnings to offenders. They also kept an eye on all vehicles entering the Tescos Car Park whilst we met up and checked up any suspect ones. No one was arrested from either side for any cull related offence.

A special thanks to the wonderful Sabs who do a brilliant job. There were several teams from all over the country who came down to Dorset to protect our badgers. HUGE RESPECT to you guys for your courage, dedication, expertise and determination to stop the slaughter. Their work significantly reduced the death toll of our stripey friends.

Heaps of thanks to our Central Control Operators and everyone who helped with Admin, phones, enquiries, maps, cooking, shopping and everything else that ensures a smooth, efficient and effective operation. They are a lovely dedicated bunch who worked long hours through the day and night supporting those out in the killing fields.

A big THANK YOU also to Animal Aid, Network for Animals, PETA and the HSI (Humane Society International) for their generous donations of equipment and funding for operating costs of the Badger Patrols. This was a huge help with our intelligence gathering and communications, enabling Dorset Badger Patrols to work effectively within the cull zone. The equipment will continue to benefit Dorset for Badger and Bovine Welfare’s work and Dorset’s badgers during the happier non-cull times.

And we thank everyone who generously donated to help support the work of the Sabs and Badger Patrols, donations were used to fund vital equipment, fuel and supplies.

We don’t know how many badgers were slaughtered, as far as we’re concerned one is too many! NE and Defra have not released any figures yet. We’ll keep you informed.

Below is a clip from FARMING TODAY RADIO 4 from Tuesday 13 October.
Trevor Cligg, Chair of Dorset NFU, states that ‘possibly’ targets have been reached and the ‘cull has gone well in Dorset’. Still convinced that badgers need to be slaughtered despite all the evidence to the contrary – but then why spoil an NFU/Tory policy by scientific facts?
(Starts at 10.00 minutes in)
http://www.bbc.co.uk/programmes/b06gqssm

Here is a a clip from FARMING TODAY on Wednesday 14 October.
Lord Krebs says that Meurig Raymond and the NFU are misleading farmers on the impact of badger culling.
(Listen from 7.37 minutes in)
http://www.bbc.co.uk/programmes/b06gy0rw

And an interesting article here too.
Born Free: Are farmers being deliberately misled about badger culls?
http://www.bornfree.org.uk/campaigns/uk-wildlife/uk-wildlife-news/article/?no_cache=1&tx_ttnews%5Btt_news%5D=1989

PRESS AND TV COVER of the Dorset Cull
We were interviewed and accompanied out on patrol by the Dorset Echo, ITV News and the BBC ‘Inside Out’ News Team. So far we have the following reports:

Dorset Echo Report, which was published 4 weeks after the reporter came out on patrol.
http://www.dorsetecho.co.uk/news/13874126.ECHO_INVESTIGATES__My_night_on_patrol_with_badgerwatch

***NEW REPORT***
Our Dorset Badger Patrols were on BBC Inside Out, South East, BBC1 on 26th October. There are interviews in Tescos Car Park and a short bit on a patrol in North Dorset. Also features East Sussex Badger Vaccination Project and an interview with Lord Kerbs. (Watch from start on badger cull with Dorset approx 5 to 13 mins in).
http://www.bbc.co.uk/programmes/b06kjlxr

DBBW will be focusing on our Badger Watch scheme from now on, checking setts for criminal activity, sett surveying, recording and mapping. 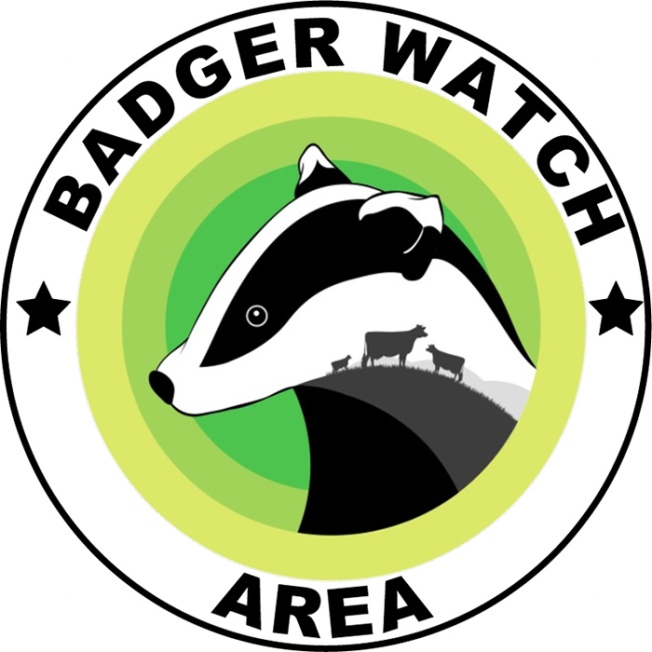 Our sincere thanks again for protecting Dorset’s Badgers during the last challenging and deeply upsetting 6 weeks. We mourn for all our beautiful badgers so needlessly slaughtered.