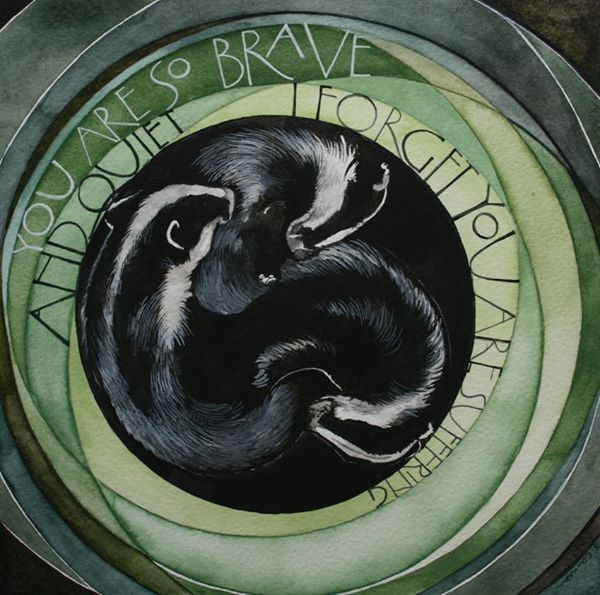 At last the unscientific 2017 badger cull is over.

So now, if you see any badgers that have been shot, or sett interference, with please report to the police and get an incident number.

We would like to thank all the people who have supported us through this hard time. It makes it harder when the proper experts and scientists keep trying to get the message across to the government that the culls do not help with reducing Bovine TB in cattle… in fact it seems to make it worse… but still the badgers are the ones to die. Cattle get slaughtered too but with improved testing, bio security and better restrictions on livestock movement, things could improve!

We have so many people to thank… the ones that spent time walking, driving and watching, the ones that donated to keep us moving, the ones that manned the control phone 24 hours a day, the ones that provided supplies to the camps, the ones that cooked for tired people getting back from patrols, the members of the public that called in if they saw anything happening, the ones that wrote to the newspapers, MPs, local councils, the ones spreading the word on social media making sure people realise what is going on. It seems so many more people are getting aware of what is actually happening to badgers and most don’t like it! If I have forgotten anyone… many apologies… everyone did their bit!

We fight on to try to get culls stopped… we will not rest, now the work of checking setts to see if still active or not. This is a good time of year to get out walking and recording badger activity so if you do see a sett you can report it (would be nice to have 10 digit grid refs if possible).

Dorset is a beautiful green and pleasant land, it makes us sad that it is tainted with the blood of badgers. We are a big tourist county and know that some people have said they won’t come here again because of what has been happening which is sad too, there is so much to enjoy here.

Take care out there… and remember to care for the badgers!

We will never forget the thousands of badgers that have been slaughtered for no proper reason… they had the right to live.