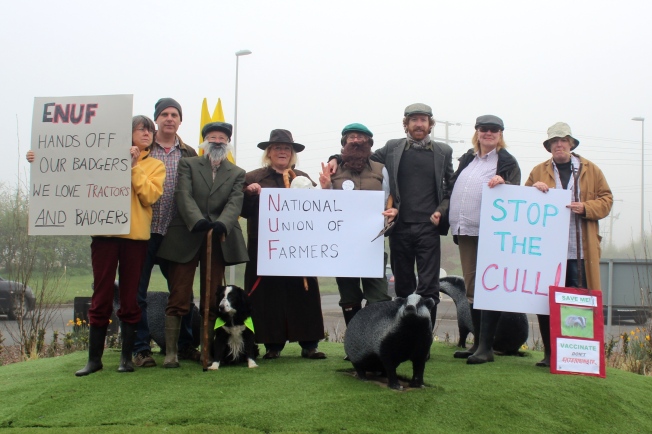 Members of the Dorset branch of the National Union of Farmers (NUF) today protested against the proposed cull of badgers in the county by taking over the Badger Roundabout on the Blandford bypass. The farmers say they want to live up to their image as guardians of the countryside by abandoning their “if it moves, kill it” attitude and embracing a policy of encouraging biodiversity and protecting wildlife instead.
NUF Chairman Earnest Countryman said:

For years we’ve been saying that we care about animals, but in truth all we’ve really cared about is our profits. Now we’ve decided to take responsibility and action. Instead of blaming Bovine TB on badgers and pet cats, we want to get rid of the disease through better farming practices, improved biosecurity and stricter cattle movement controls. We will also be encouraging our members to accept offers of free vaccination of badgers, instead of shooting or poisoning them and dumping their bodies on the side of the road.

The National Union of Farmers primarily represents the interests of large-scale farmers, pheasant shoots and wealthy landowners and plays an important role in influencing government policy to ensure more money goes to big agribusiness and less to small and new entrants to farming. 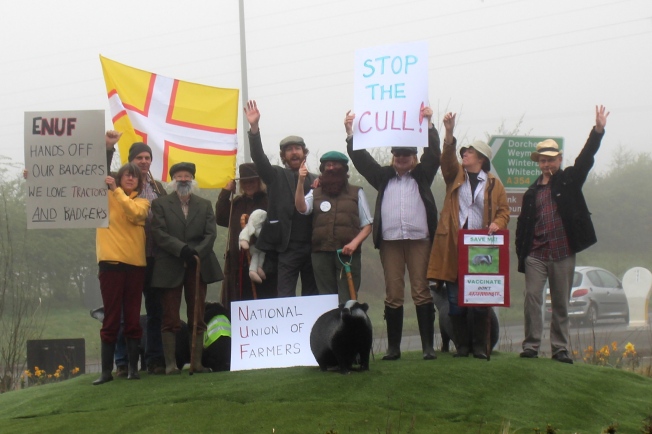